What is Segregation of Concrete?

The segregation includes undesirable properties in the hardened concrete. It can also cause honeycombing in concrete. Segregation also has ill effects on durability,  compressive strength and all other characteristics of concrete. It also leads to the development of cavities in the concrete surface.

Segregation can also occur when concreting is done from a height more than 1 metre. It may also occur due to vibrations during transport of concrete. In such cases proper remixing should be done but before the setting time is over.

Segregation of concrete can be prevented by correctly proportioning the mix and using the recommended water-cement ratio so as to prevent using excess water. Care should be taken while handling, placing, transporting, compacting and also at finishing stages. Properly using air entraining agents, admixtures, pozzolanic materials can also prevent segregation.

As mentioned earlier, remixing the concrete for a short period of time may also prevent segregation. In a case where the depth of concrete is more than 1.5 meter, it should be placed through inclined chutes. The end of the chute should be as close to the point of concrete as possible. The angle of inclination should be kept so as to allow smooth travel of the concrete. Also, lubricate the path using a small quantity of water at regular intervals.

The Bleeding in concrete is a form of segregation. As the specific gravity of water is low, it tends to move upward due to the settlement of cement and aggregate. This represented as bleeding of concrete.

Bleeding of concrete is not completely harmful if the rate of bleeding is equal to the rate of evaporation of water. It actually enhances the workability of concrete which is good.

Causes of bleeding in Concrete

Effects of bleeding in Concrete

Due to bleeding, concrete loses its uniformity. The accumulation of water forms a void between the cement and other constituent materials hence reducing the strength. It also reduces the bond between reinforcement and concrete.

Controlling the water-cement ratio can prevent bleeding. Similarly proper proportioning and complete mixing can also reduce bleeding. Also, the use of air-entraining agents is recommended. 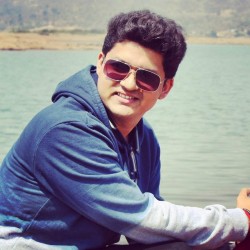 My Name is Pranit Patil. I have Perceived BE in Civil Engineering in 2016 and since then I'm professionally working with this Field. I always wanted to Share my Experience with others so the basics and the concepts of civil engineering can be strengthened of the readers. So, we have created this Forum.

2 thoughts on “Segregation of Concrete | Causes, and Prevention”